Oil-only floating sorbent booms have been used for decades to contain oil and fuel spills.  For the most part, they do an OK job.

Unfortunately, they are not a very effective tool for long-term deployment in industrial retention ponds for two reasons:

Please see the video below for a classic example.

To prove our theory, we grabbed the dirtier-looking boom in the video above from the garbage.  It was being discarded after a couple months because the portion in contact with the water appeared saturated with the crummy oil sheen.

We can understand the contractor's concern to remove a boom that appeared saturated.  However, instead of tossing it, we think they should have turned it around 180 degrees and put the clean boom in touch with the dirty water.

Of course, the contractor was getting paid "time and materials" so they had no incentive to be efficient.  In fact, they are being paid to be wasteful.  CRAZY.

Well. I'll get off my high horse.

The series of photos below reveal our forensic findings.

This boom was discarded by the contractor because it looked dirty.  In fact the 18" section on the top right of the photo what really scuzzy on the whole circumference of the boom. 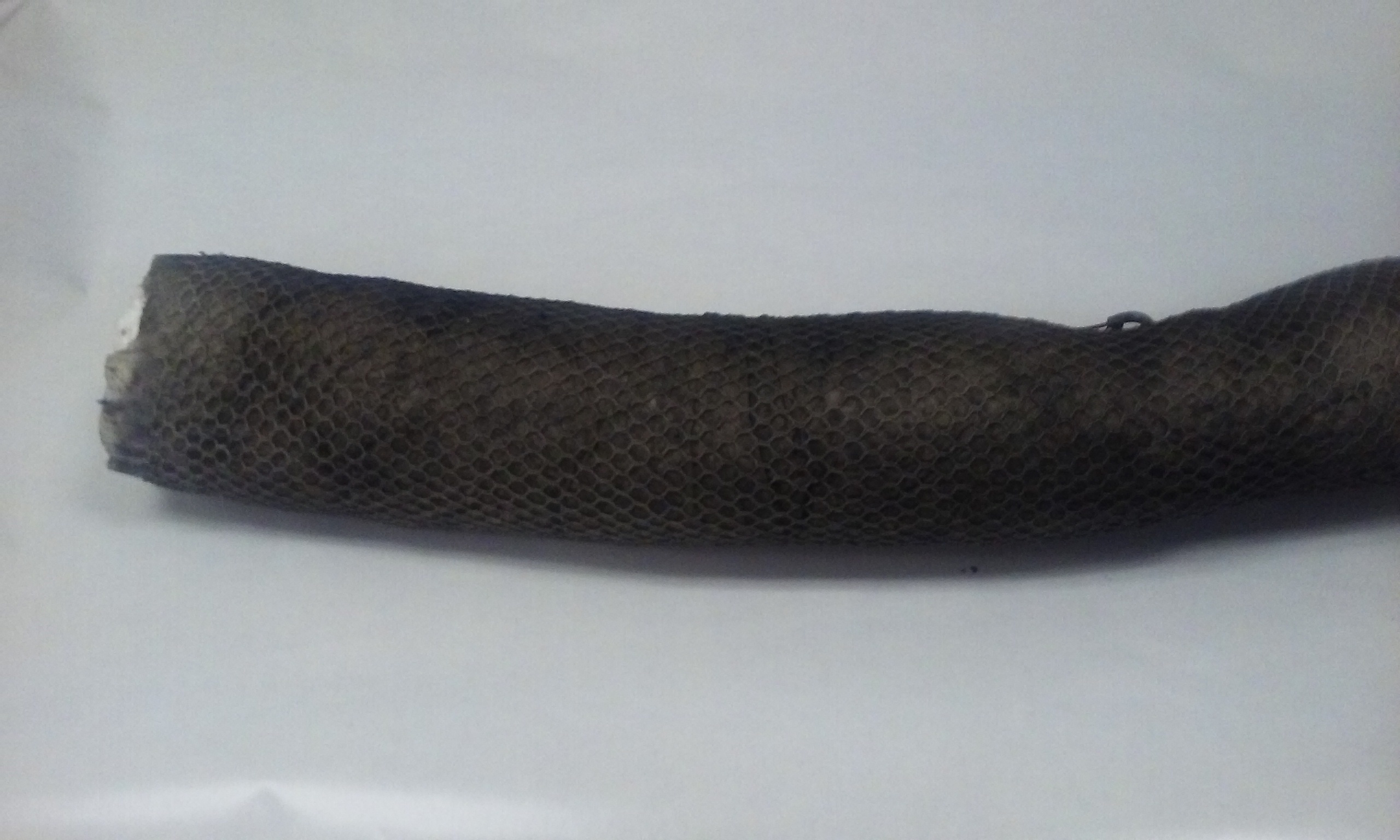 So we cut out the dirtiest-looking section of the boom for evaluation.  To the untrained eye, it looked "spent" 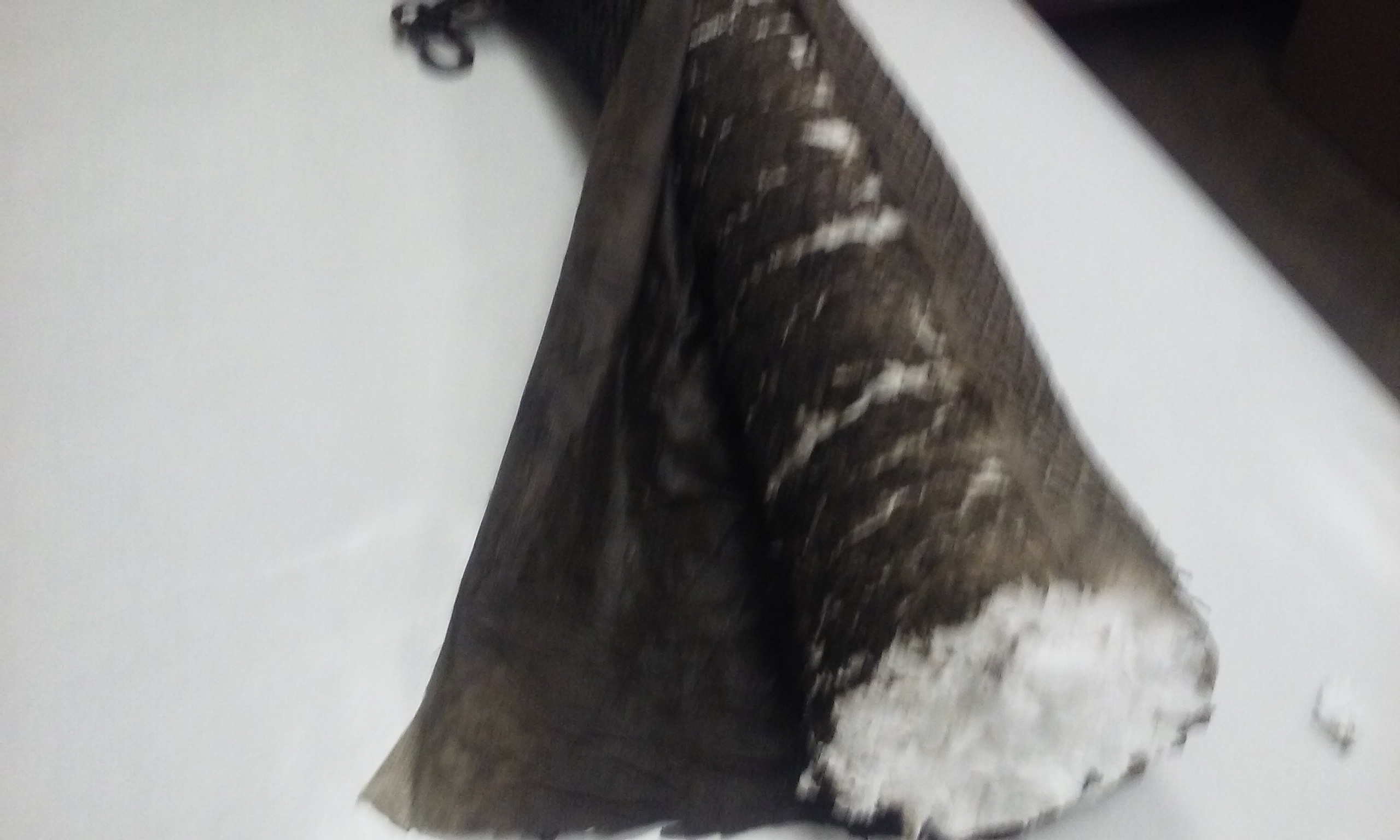 As we peeled away the outer layer we noticed it was completely filthy.  But we also observed that the oil-sorbent fibers just beneath the surface were white as snow.

Further dissection revealed the boom did not wick the oil sheen into its fibers. 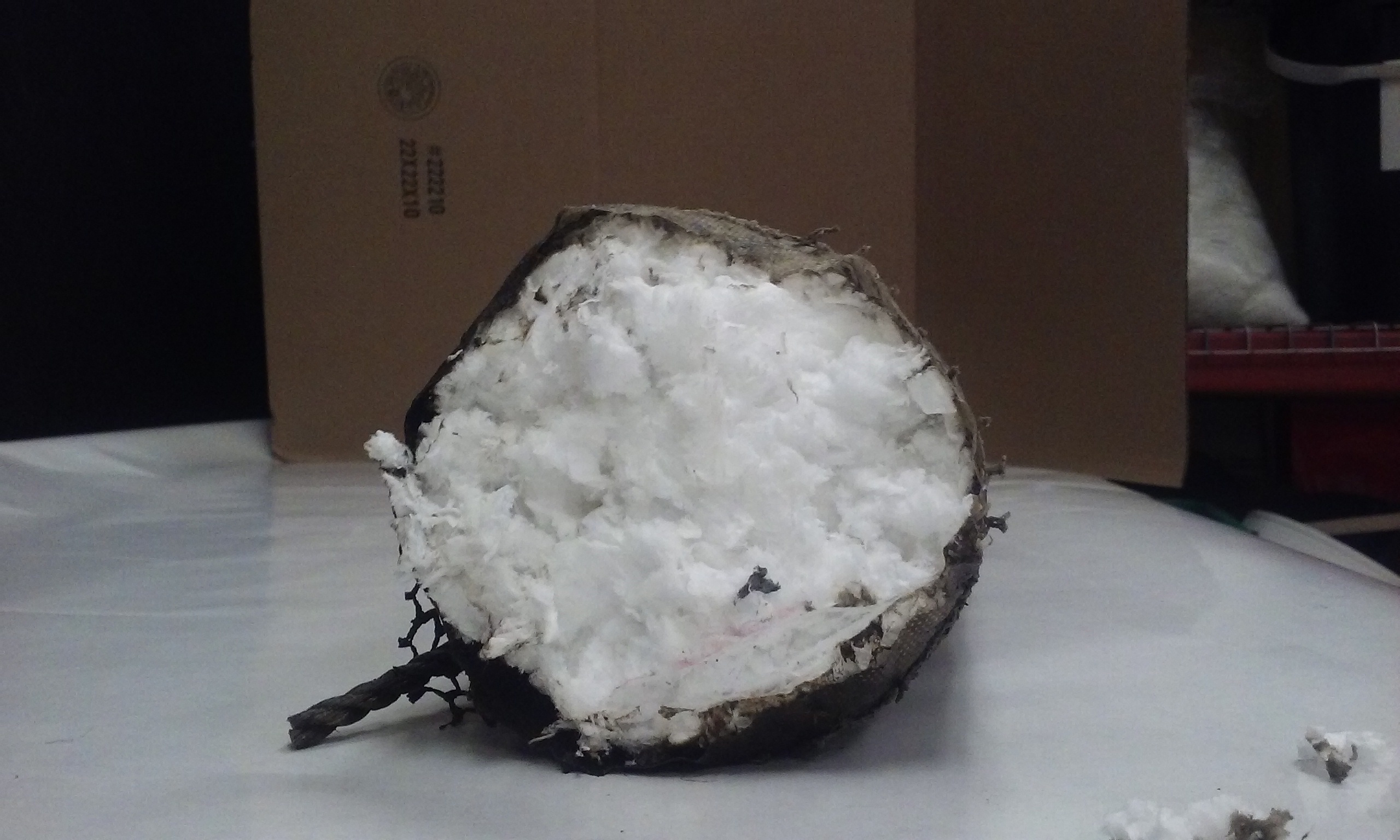 This cross section shot shows that 99% of the oil boom was wasted.

Our tests confirmed our suspicions.  Traditional oil-only sorbent booms may help contain some of the oil sheen in industrial ponds.

However, they do not absorb oil into the inner fibers.

Not only is 99% of the oil boom wasted, but expensive labor and disposal costs are spent changing out and disposing of the poorly-functioning booms.

Stay tuned for more in the coming weeks.